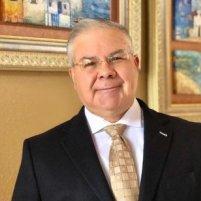 If you’re looking for a form of long-term male birth control, a vasectomy might be the choice for you. Vasectomies are nearly 100% effective at preventing pregnancy. At El Paso Men’s Clinic, Leo Altenberg, MD, provides safe and effective vasectomies in a private and comfortable setting. To learn more about the benefits of a vasectomy, book an appointment by calling the office in El Paso, Texas, or requesting one online today.

What is a vasectomy?

A vasectomy is an effective method of male birth control. The procedure cuts off the passageway of sperm, preventing the possibility of pregnancy.

Although vasectomies effectively prevent pregnancy, they aren’t effective at protecting you against sexually transmitted diseases (STDs).

How is a vasectomy performed?

Vasectomies work by cutting off the pathway of sperm to your semen. Before the procedure, Dr. Altenberg evaluates your general health and discusses the details of the procedure to determine if you’re a good candidate.

Other forms of birth control can be used if you’re unsure about the permanency of a vasectomy. Vasectomies are typically low-risk procedures but should not be performed if you suffer from chronic testicular pain or testicular disease.

Dr. Altenberg begins the procedure by administering a local anesthetic. The procedure is performed in-office and produces and typically takes about 30 minutes. Once the area is numbed, a small incision into the scrotum is made.

Once the vas deferens (the pathway for the sperm) has been located, it’s severed and sealed by tying it or using heat. Dr. Altenberg then closes the incision, and you’re good to go. Vasectomies are an outpatient procedure, so you’ll be able to go home the same day.

Is a vasectomy painful?

Because a local anesthetic is applied to the treatment area, the procedure itself produces minimal pain. Temporary swelling, redness, and discomfort is normal after the procedure and should clear up in just a few days.

Will a vasectomy impact sexual performance?

Although some vasectomies may be reversible, it isn’t always possible. If you’re thinking about getting a vasectomy, you should consider it a permanent form of birth control.

Reversing vasectomies is often more complicated than the procedure itself. If you’d like to father a child after a vasectomy, techniques like in vitro fertilization can help.

To find out if you’re a good candidate for a vasectomy, call El Paso Men’s Clinic or book an appointment online today.